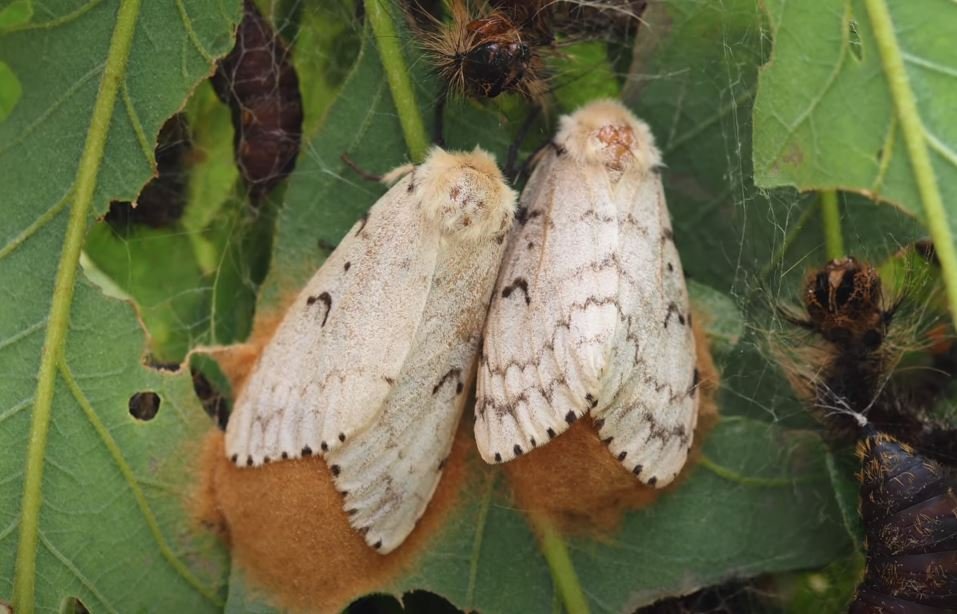 The gypsy moth is a pest, one which denudes trees when it’s in caterpillar form. As a kid, I remember when caterpillar poop would be all over our lawn by July and some of our trees would be as bare as they were in the middle of winter.

That’s not the problem scientists have with them right now. Instead, it’s the name “gypsy moth” — which they say is an ethnic slur.

According to a July 11 report by The Washington Post, both the gypsy moth and the gypsy ant are being targeted for renaming after the Entomological Society of America decided to get woke. The society launched the Better Common Names Project for insects, and the gypsy moth will, for the time being, be called by its scientific name.

“Though the change is specific to the society and its publications, it’s anticipated to ripple outward,” the Post’s Caroline Anders reported.

If you really believe it’s going to ripple outward, consider the name the Entomological Society of America wants you to call the gypsy moth for the moment: Lymantria dispar.

Just trips off the tongue, doesn’t it?

One lone gypsy moth caterpillar on my deck this morning. Can’t find any others on my property. How far do these guys travel? pic.twitter.com/npcLoKA2jN

“It’s an ethnic slur to begin with that’s been rejected by the Romani people a long time ago,” said society president Michelle S. Smith, according to The Associated Press. “Second, nobody wants to be associated with a harmful invasive pest.”

The Romani people, pejoratively known as gypsies, have seen their share of inequity. They were enslaved in Romania for over 500 years and were targeted by Nazi Germany during the Holocaust. However, the number of people who know why the name was applied to the gypsy moth and gypsy ant is minimal — and they’re likely to keep on using the old name, anyway.

Walking the cats in a devastated forest. Gypsy moth caterpillar damage reverts the trees to early April foliage. They only were stopped by the Maples which they dislike- the Oaks and the Eastern White Pine – they love! pic.twitter.com/CZ0pJR5ZJx

In case you’re curious, the name was applied to the species because of their “rootlessness,” according to Ian Hancock, a University of Texas at Austin professor who used to represent the Romani people at the United Nations.

“These all play into one of the stereotypes; in story books we ‘wander’ and ‘roam,’ but as history clearly shows, we were not allowed to stop, and had no choice but to keep moving on,” he told the Post in an email.

The ESA’s governing board decided in March that it would change its naming conventions to “bar names referencing ethnic or racial groups and names that might stoke fear” and “discourage geographic references, particularly for invasive species.”

But how do you get people to consciously change what they call an insect they usually only think about when it eats the leaves off of their trees? The ESA seems a bit cloudy on this, as well.

“We understand there are myriad challenges with changing common names, including education efforts, creation of new materials and resources, and resistance to change among colleagues or some members of the public, just to name a few,” the Better Common Names Project’s website states.

“While this effort is intended to improve communication about insects, we acknowledge it might first lead to a period of adjustment on the way to this goal.”

You don’t say. This includes the fact they don’t actually have a new common name for the moth or ant. Instead, while an ESA working group comes up with a new moniker for the gypsy moth, they encourage you to call it by its scientific name, Lymantria dispar.

“The goal is to have a new name in place before the end of the year, but hopefully much sooner,” the website states.

In the interim, everyone will feel free to call the gypsy moth what they’ve always called it, a name that wasn’t rooted in disrespect for the Romani people. Whatever the new name is, those not in the entomological community will continue to use the old one.

The whole to-do is wholly unnecessary; neither name sparks violence or hatred. Yet again, science is calling attention to just how woke it’s become — and nobody outside the media cares.

In fact, you almost feel bad for the gypsy moth. Until, of course, you look out your back window and see the naked oak tree the darned caterpillars decimated.

This article appeared originally on The Western Journal.