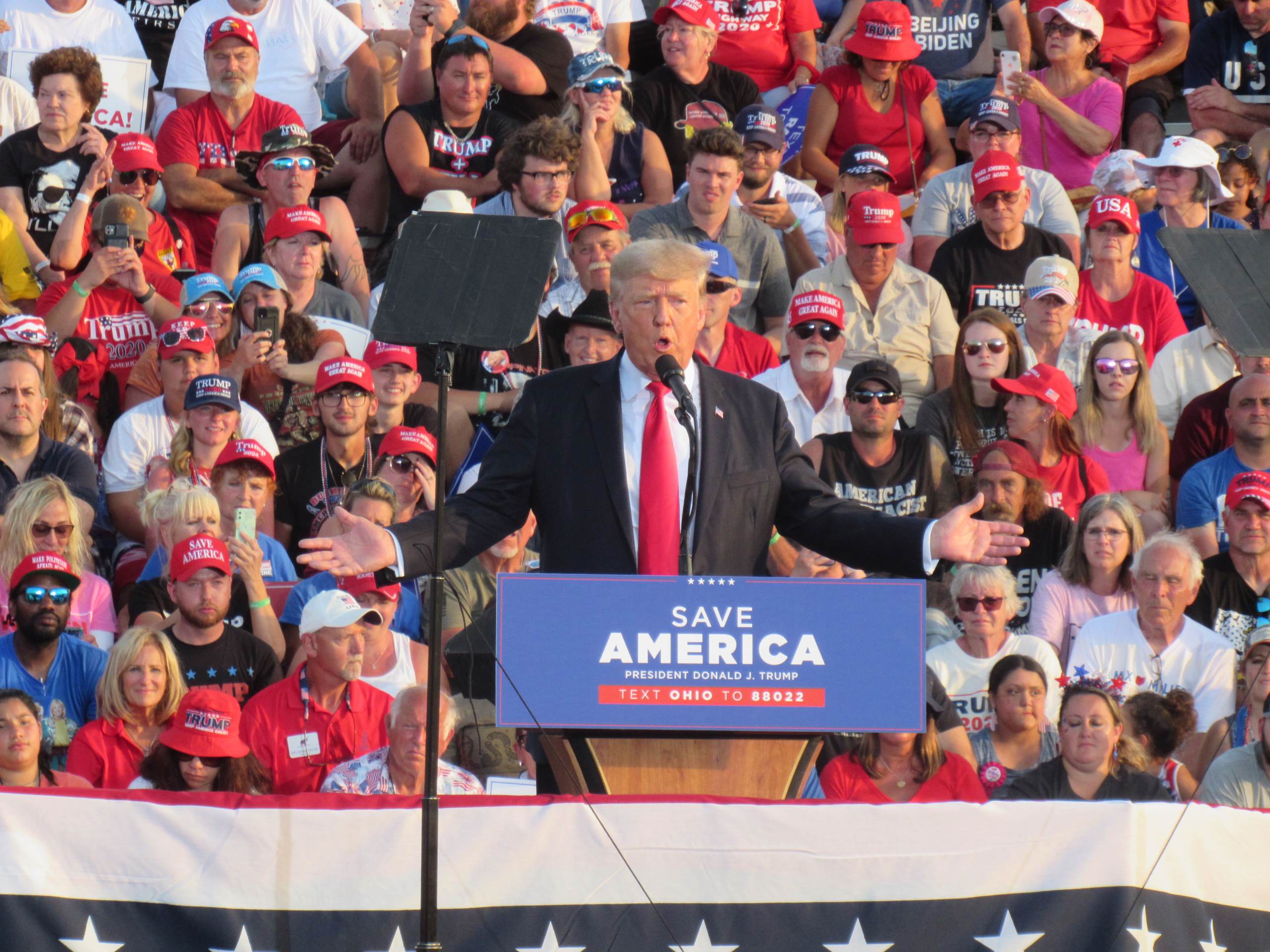 Pictures of the crowd at the Trump rally in Ohio last night show a massive crowd as far as the eye can see.

The crowd in Ohio last night at President Trump’s rally in Ohio was huge.  We know this from the number of people in the crowd: 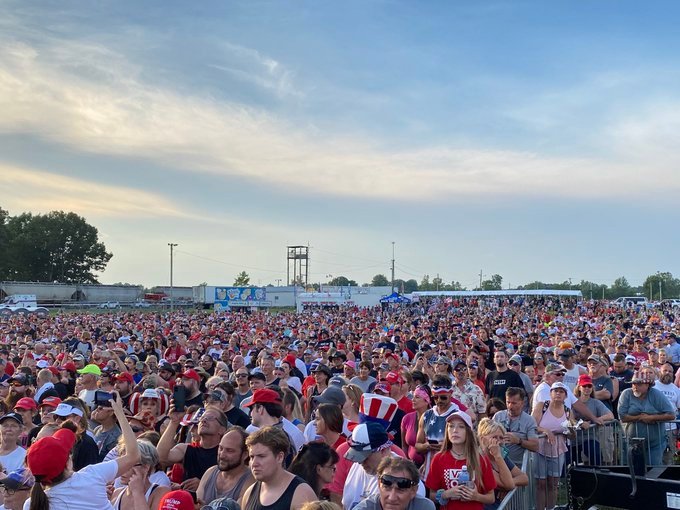 We also know this morning that the overflow crowd was huge as well:

Here are a couple videos from the rally last night:

Cleveland, Ohio: *Better shot* of the overflow lot at President Trumps first official rally since leaving the White House. These are all people that didn’t make it in. 🇺🇸 @RealAmVoice pic.twitter.com/4xJMfoSATn

It appears there were more people in the overflow crowd last night in Ohio (estimate of more than 2,000) than the number of participants at all of the Biden ‘rallies’ in the 2020 election campaign (less than 2,000):

FINAL 2020 RALLY TALLY: President Trump Had Largest Crowds at His Rallies in US History – Biden Had Some of the Smallest

The media, Big Tech, the Democrats, Republican elites, China, etc… were against America and President Trump in the 2020 election and they worked together to steal the election.  Americans know the truth.

This was awkward.
Creepy Bill Gates gave a bizarre answer when confronted on his relationship with deceased pedophile Jeffrey Epstein.

“You had a number of meetings with