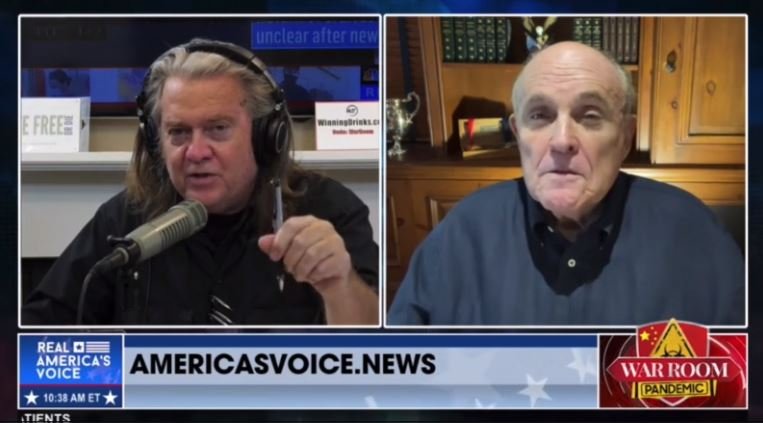 Steve Bannon told The War Room audience the liberal hacks in the mainstream media cannot stop what is happening.

Rudy Giuliani: “They defrauded to the extent they needed to do. Somebody asked me, “When are they going to stop the counting in Pennsylvania?” I said, “When Biden wins.” That’s when they’ll stop the count. They’re going to produce enough ballots until Biden wins. I knew what was going on when it was going on. I had a feeling the night they called off the count that that’s what they were doing. Look, I know crooks. I spent my life looking at how crooks act. And I knew they were going to do something on the day of the election…

Via The War Room: