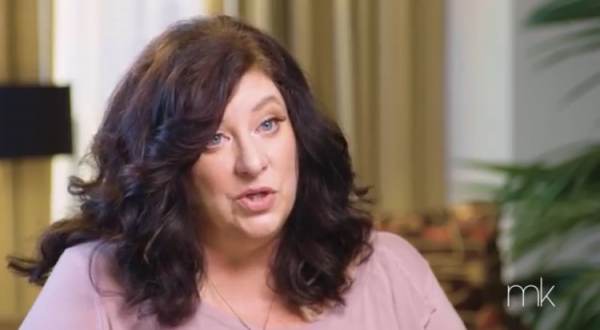 Joe Biden’s sexual assault accuser Tara Reade spoke with Fox News on Tuesday about Governor Cuomo’s abrupt resignation, calling for a “real investigation” into the president, who she says is a “powerful predator.”

She also slammed progressive groups like ‘Time’s Up’ for aiding in the harassment of Cuomo’s accusers instead of helping the women they were founded to protect.

“My heart is with the brave Cuomo survivors who endured attempts to discredit them like I did coming forward about Joe Biden with the help of non-profits that were supposed to help women like Time’s Up,” Reade told Fox News. “May there be some measure of justice for the survivors. Now, let’s call for a real investigation into Joe Biden and expose the corruption protecting powerful predators.”

Multiple prominent progressives who parrot slogans like ‘believe all women’ were exposed as frauds in last week’s detailed report on the Governor. Most notably, the leader of ‘Time’s Up’ stepped down this week after she was caught providing her legal expertise in an effort to discredit one of his victims.

Me Too? ‘Time’s Up’ Leader Roberta Kaplan Resigns After Being EXPOSED For Involvement in NY Gov. Cuomo’s Efforts to Discredit Accusers

Reade was outraged by the news and called the progressive group’s actions a “hideous betrayal,” but it was not the first time they showed their true colors and chose to ignore an accuser in favor of a powerful political ally.

Back in January 2020, she had requested help from The Time’s Up Legal Defense Fund as she prepared to go public with her accusations against creepy-Joe. Despite having a credible account, her request was denied, with the group saying their nonprofit status could be affected by backing her allegations because Biden was actively running for office.

The #MeToo group essentially told her sexual assault is meaningless if its committed by an elite leftist who is involved in a crucial political race.

If the grift wasn’t clear to her then, it seems like it is now. Reade made a final call for justice and said the president resign just like Cuomo.

“Time’s Up committed the most hideous betrayal to protect their most powerful friends and not only not protect survivors but cause harm.”

“The revelations and Cuomo’s resignation is a signal to the powerful men with nasty behavior that survivors’ voices will be heard and their behavior no longer rewarded. Not from a governor and not from the president of the United States,”

I hope for justice. Cuomo resigned today and Biden should also resign.”

Biden has adamantly denied any wrongdoing and his handlers has covered for him every step of the way. The other day his mouthpiece, Jen Psaki, got defensive when asked about a possible investigation for the multiple women who have come forward.

It goes without saying, the accusations against the President should, at the very least, be investigated.

This dude is a sicko..

SICK: Girl Who Was Touched by Creeper Joe Biden on Camera Confirms he Groped Her and Pinched Her Nipple #MeToo

Instead of looking into any of it, these phonies continue to prove that if the left didn’t have double standards, they wouldn’t have standards at all.