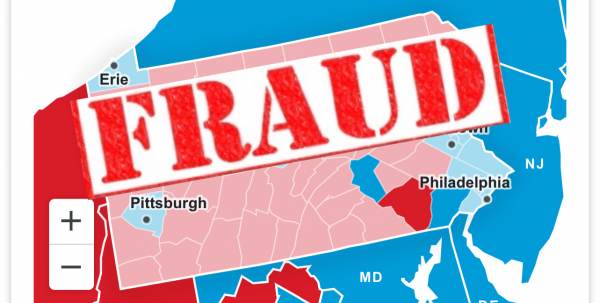 The following memo from Robert B. Sklaroff, M.D., F.A.C.P. summarizes and encourages the passage of SB 528 on next Monday, June 7th in the Pennsylvania Senate State Government Committee.

I was requested to succinctly summarize salient features of the prior memos because “It would be most helpful if you could turn it into a one-page succinct explanation w bullet points of evidence and bullet points of suggestions that I can send to leaders.”

The LATTER is easily stated, for SB 528 must be passed on June 7th by the Senate State Government Committee, then by the entire Senate, then by the entire House, then implemented forthwith. The Auditor General — has the legal authority to complete this process (see legal citations). Evasion by lamely seeking “bipartisan” legislation is to be CONDEMNED, for Dems have already trashed all GOP ideas. Thus, ANY deviation from this retroactive plan for a Forensic Audit must NOT be followed (even as the PA Speaker of the House just called for a Bureau of Election Audits).

The FORMER is analyzed via myriad formats in Memos I-X and synthesized in Memo XI by invoking the 10-point Navarro Decalogue (my neologism) outline of statewide/national aberrations/fraud (see Pamela Geller’s compilation, citing Election Integrity: The Foundation of Our Freedoms):

a         Absentee ballots were received up to three days after Election Day.

b         The SURE System was unable to track address changes reliably.

d         The unwitnessed 3 a.m. tabulation spike could have been from ballot-stuffing.

f          Voters who received multiple ballots may have returned them.

g]          The Address-Change and EPIC Systems were not consistently employed.

i           Observers were denied meaningful oversight in fraudulent-Philadelphia.

j           The absence of purged voter rolls allows for voting by centarians.

Our just-published op-ed in Arutz Sheva UNIQUELY detailed why/how the SCOTUS should accept Certiorari, and our view was legally validated overnight by Sidney Powell . On Tuesday @ 11 a.m., I am scheduled to deliver a presentation nationally of this aggregated information—distilled for the host @ the Thomas More “Election Integrity” Foundation in PART X—distributed ahead-of-time so that the super-educated/critical/well-networked participants to vet both their content and their import.

If you only have time to read two memos, start with the op-ed (IX) and the distilled database (X); after Arizona/Georgia flip, Pennsylvania is needed to block Biden-Harris from traversing the 270 Electoral College threshold. I’ve UNIQUELY compiled what Stephen K. Bannon would term the “receipts,” namely a painstakingly precise set of quotes from sworn testimony c/o the perps (easily corroborated by tracing the Bates #’s). That RINO leadership has elided over this DUTY may stem from GOPe roots, but any apologia regarding support in 2019 for Act 77 must be assuaged.

My exploration of these motives is summarized (XI) but, regardless of how enablers were tricked,  passage of SB 528 is vital, for it will take time to rev-up an Arizona-style Forensic Audit (although that experience is being plowed into Georgia and both can facilitate Pennsylvania); whatever has occurred in Luzerne County could be encompassed. That’s why, when reviewing these memos, adopting a “choose-your-poison” posture is advised for, in my view, the legislators were far too polite when poking at electoral-traitors; this enhances the ability to crosswalk between each of the Navarro Decalogue fraud-categories and my database. On a macro scale, this constitutes the lynchpin between what the State Legislatures are Constitutionally REQUIRED to do (after then decertifying fraudulent outcomes) and the capacity of Justices to mete out “justice” to Americans. We can’t await what may occur in Wisconsin/Michigan, for the “Commonweal” must be sated.

That’s why a groundswell of support for SB 628 must be mustered ASAP, and this is why efforts to gain national attention to these unique memos have been unrelenting; obviously, readers are invited to suggest how to jump-start a PA Audit (even if just in Philly). The Senate hearings won’t be transcribed and its audio is faint, but confessions by two Philadelphia City Commissioners, Chairwoman Deeley ; that Deeley’s admitted deviation rationale proved the procedure was inconsistent with precedent created a contradiction apparently lost on listeners, but prove absence of “meaningful oversight.”

Starting immediately after the election, we projected Trump’s campaign would follow a Study Guide and how it had been Handicapped, triggering him to orient litigation toward the Supreme Court (in essays published in Israel); merely accepting Pennsylvania cases would be seismic because Originalists would find a vehicle to honor myriad voting irregularities.

It’s hardly hyperbole to claim Dems are destroying the USA as quickly as possible by applying Alinsky methods to the implementation of Cloward-Piven; furthermore, the international tentacles of their brand of globalism/racism/intersectionality/open-borders/climate-change inevitably impacts everyone from Eretz Yisrael to Formosa, from Ukraine to Rome, from Iran to Moscow. It’s anticlimactic to read revelations of China & Fauci, recalling that I’d PEGGED him a year ago. Thus, our only hope is the SCOTUS and, as per our prior op-eds in Arutz Sheva, it is hoped that the Trump-triad will join Thomas/Alito, after having “read the newspapers” just like everyone. There is no apology when composing a memo replete with emphasis for this is an emergency.

It’s time for patriots in Pennsylvania to stand up and demand a count of valid ballots in the state from the 2020 Election.

📍Please also sign the PETITION for an audit in PA: https://www.auditthevotepa.com/petition-letter

MUST SEE: Jason Whitlock Fires a Warning Shot at White Men and American Males with Traditional Values – What the Left Did to Black Men, “YOU’RE NEXT!” (VIDEO)