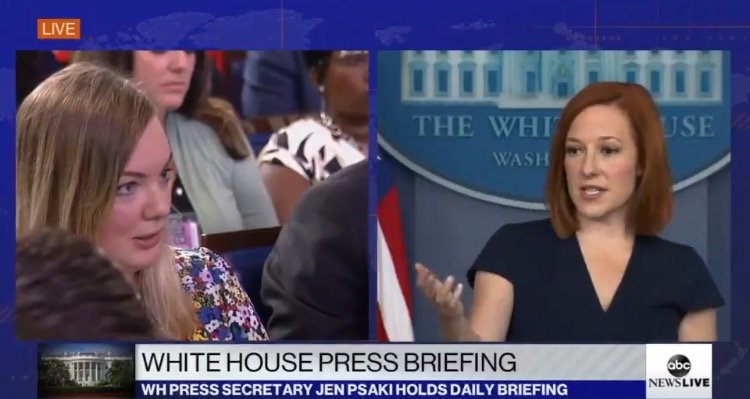 Kamala Harris sat down with NBC’s “Today” host Lester Holt to discuss her absence at the southern border.

Harris’s interview with Lester Holt reminded Americans why she didn’t place during the 2020 primaries.

Lester Holt asked Kamala Harris of she has plans to visit the border.

TRENDING: Steve Bannon: President Trump Should be Voted in as Next Speaker of the House and Should Immediately Move to Impeach Joe Biden (VIDEO)

“You haven’t been to the border,” Lester Holt said.

“And I haven’t been to Europe. I don’t understand the point you’re making,” Kamala Harris said laughing.

Kamala Harris is the most unwanted and hated VP in modern US history but the liberal press pool mocked conservatives for pointing out just how bad she is at her job.

Psaki joined in: “ getting worked up; I’ve seen it.”

Pathetic: NYT’s Katie Rogers and Jen Psaki tag-team to mock “Republicans and conservatives are going crazy” and “getting worked up” over Vice President Harris’s interview with NBC’s Lester Holt.

Add “going crazy” and “worked up” to the bingo card, my fellow conservatives! pic.twitter.com/r2i8QNW5Lb