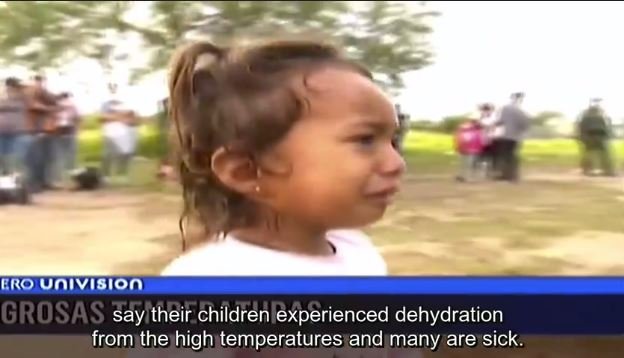 A massive release of illegal aliens continues at the US-Mexican border in Texas. This is all being done under cover of a Biden gag order.
Over 2 million illegals are expected to enter the US southern border this year.

Univision has Spanish-speaking correspondents on the US Border. They can report on what they see happening. The US mainstream fake news media refuses to report on this dangerous invasion.

Via Roger Ogden at Patriot Fire:

A record number of illegal border crossers are being released now on the border. Title 42, the Public Health and Welfare law, was being used by Trump to deny entry to all illegal border crosses during the pandemic. These restrictions have been gutted. At first, Biden issued orders that made relatively narrow exceptions for unaccompanied minors and pregnant women. Now, Biden has turned the public health law on it’s head by allowing entire families to be released. Also, it appears that they are being released immediately without the minimal waiting period of 20 days for families that was the rule before Covid-19. If so, there is not enough time for even a minimal verification of their stories. Some of these are probably not be real families, but persons joined together, not for holy matrimony, but for the purpose of gaining easy illegal entry into the US.

This is being done quietly under Biden’s gag order, so that the public does not know much about it. Univision has Spanish-speaking reporters on the Border and so they can see it happening every day and interview in depth those crossing the border.

Via Strong Yankee: Not one American government agency, politician or US military branch is defending America, to save her from destruction, not one.

Dark times are here in America, you can smell death!