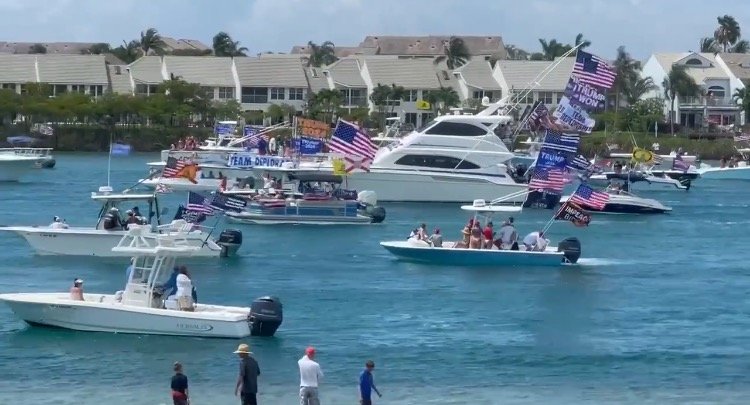 Hundreds of boats were out on the water Monday decorated with American flags and Trump 2024 flags.

President Trump thanked his supporters in a statement on Monday:

“Wow! I hear they have thousands and thousands of boats parading in Jupiter, despite the fact that they tried to cancel us,” Trump wrote. “Everyone is having an incredible time. On this day, we especially appreciate everyone who served and fought for our great Country. I love you all!”

Roger Stone, a longtime friend of Trump was also spotted on one of the boats.

Trump is still highly popular several months after the 2020 election.

There has NEVER been a boat parade for Joe Biden yet the Democrat-media complex expects us to believe Dementia Joe got 81 million votes in 2020.