A record 210,000 illegal aliens were apprehended at the US southern border during the month of July. This was a 21-year high number for apprehensions.

And this also happened to take place as government officials forced Americans to mask-up and get vaccinated.

The “Biden Effect” is in full swing at the open border today. 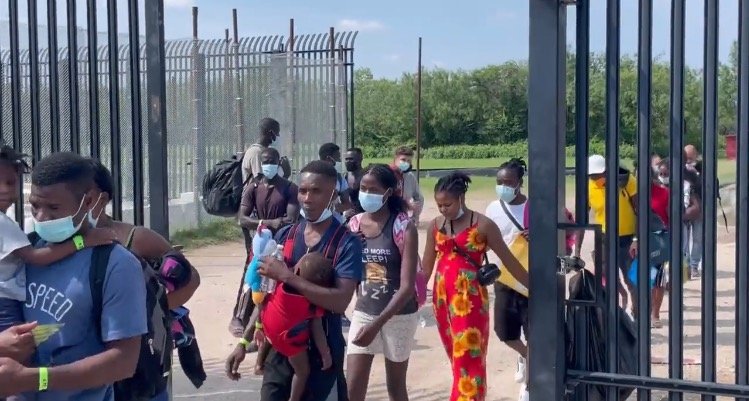 Over a million illegals have been apprehended so far this year at US southern border.

Rep. Andy Biggs, R-Ariz., on Tuesday introduced articles of impeachment against Homeland Security Secretary Alejandro Mayorkas, accusing him of having presided over a “reckless abandonment” of border security since taking the helm at DHS.

“Certainly Joe Biden and Kamala Harris have a substantial amount of blame with this, they’re the ones who campaigned on this, but Mayorkas has not pushed back at all,” Biggs told Fox News in an interview. “So he is the guy who is responsible for the border security and national security and it is a disaster down there.”

“He has failed utterly in his duty,” he said.

The resolution introduces two articles of impeachment against Mayorkas. The first accuses him of having “engaged in a pattern of conduct that is incompatible with his duties as an Officer of the United States.”

“Secretary Mayorkas has failed to faithfully uphold his oath and has instead presided over a reckless abandonment of border security and immigration enforcement, at the expense of the Constitution and the security of the United States,” the first article says.

It comes amid a continued surge in migrant apprehensions at the border that has continued to escalate through the summer months. The Associated Press reports that initial numbers suggest there were 210,000 apprehensions in July, a dramatic increase over the 78,000 encountered in January.