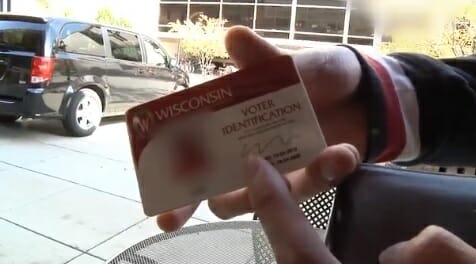 Finally, a solution to Voter ID Laws!
North Carolina Republicans are pushing legislation to fund a mobile voter ID machine for those legal voters who do not possess the proper documents to vote.

Senate Bill 724 takes away ANY racist excuse Democrats can argue about the lack of voter IDs for certain populations in the state.

And it secures the state election from fraudulent voters.

Democrats are not sure how they will vote on it.

Senate Bill 725 would prohibit private funding of elections administration, as sponsors argue private interests paying for vote collection and counting raises natural suspicions about election integrity. This speaks directly to revelations that organizations funded by Facebook founder Mark Zuckerberg put money into elections administration in target districts across the country — to the tune of hundreds of millions of dollars. Millions of those dollars were directed to select districts in North Carolina as a competitive swing state in national elections. “People from all sides should be able to agree that private funding of elections administration raises natural suspicions about the integrity of the process and should be banned,” said Sen. Warren Daniel, R-Burke, co-chair of the Senate Committee on Redistricting and Elections.

Finally, Senate Republicans continue to push for the active proliferation of voter ID through funding of a mobile outreach program that targets and serves those few North Carolinians with none of the extensive list of acceptable forms of identification. Nearing a decade old and replete with legislation, court rulings, and constitutional amendments, the political divide over voter ID has been reanimated within the current election integrity focus.
About the stand-alone bill, Senate Bill 724, Sen. Ralph Hise, R-Madison, said, “We’ll find out soon if Democrats really care about helping voters obtain free ID cards or if they just made up that concern in an effort to kill voter ID, which North Carolina voters added to their own Constitution in 2018.”