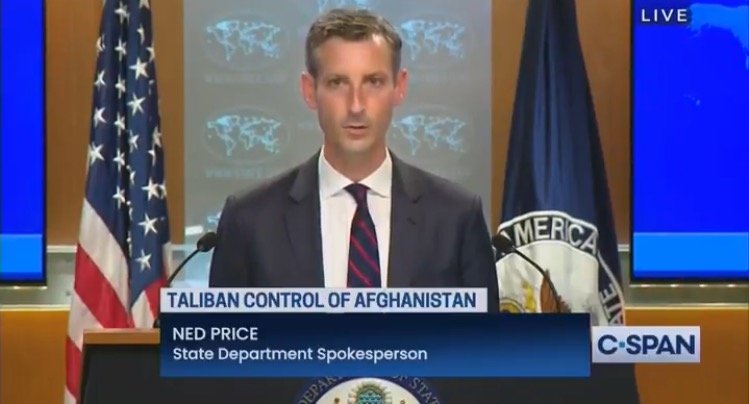 Biden’s State Department spox Ned Price on Monday called on the Taliban to form an “inclusive and representative government.”

Taliban leaders declared victory from the presidential palace in Kabul over the weekend.

TRENDING: Taliban Tells Joe Biden to Withdraw All US Troops from Afghanistan by September 11 – The 20th Anniversary of the 9-11 Attacks

On Tuesday the Taliban gave a press conference and said they are working to form a government under Sharia Islamic law where women have no rights.

Zabihullah Mujahid, a Taliban spokesman said the militant group is “committed to the rights of women under the system of sharia law.”

But Ned Price believes these medieval throwbacks will listen to the Biden Admin’s call to form an “inclusive government.”

Maybe Mark Milley can teach the Taliban about cisgender white rage, BLM, the 57 genders and feminism.

The State Department calls on the Taliban to form an “inclusive and representative government.”

This is not a Babylon Bee skit. It’s a real thing that just happened.