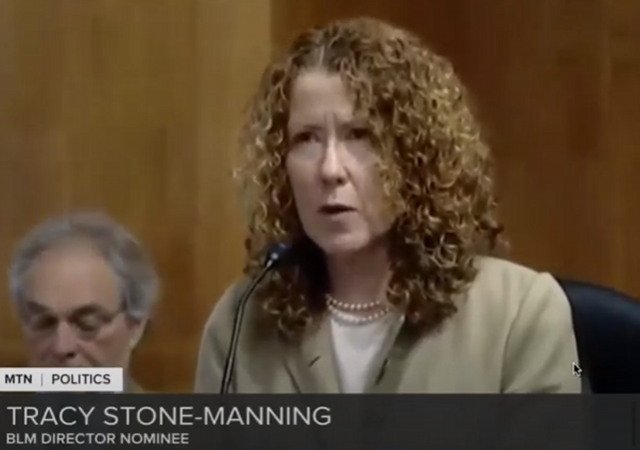 Democrats and the Biden administration are constantly talking about how concerned they are about domestic terrorism. They claim that it’s a very real threat.

And yet, Biden’s nominee to lead the Bureau of Land Management is accused of working with eco-terrorists in the 1990s.

Shouldn’t that automatically disqualify her for this job?

President Biden’s nominee to serve as the head of the Bureau of Land Management (BLM) “collaborated with eco-terrorists” in a tree spiking plot before trading her court testimony for legal immunity, according to court documents reviewed by Fox News.

In 1993, Biden’s nominee to head up BLM, Tracy Stone-Manning, was granted legal immunity for her testimony that she retyped and sent an anonymous letter to the U.S. Forest Service on behalf of John P. Blount, her former roommate and friend, those documents reveal.

The letter told the Forest Service that 500 pounds of “spikes measuring 8 to 10 inches in length” had been jammed into the trees of an Idaho forest.

“The sales were marked so that no workers would be injured and so that you a–holes know that they are spiked,” read the letter obtained by Fox News. “The majority of the trees were spiked within the first ten feet, but many, many others were spiked as high as a hundred and fifty feet.”

“P.S., You bastards go in there anyway and a lot of people could get hurt,” the note concluded.

Tree spiking is a dangerous and violent eco-terrorism tactic where metal rods are inserted into trees to prevent them from being cut down. The metal rods damage saws that, in turn, have severely injured people, such as a mill worker whose jaw was split in two from an exploding saw.

Senate Republicans should block this nomination.

Tracy Stone-Manning is a domestic terrorist. That the Biden Admin seriously proposed her for BureauLM shows what he thinks of the workers whose lives she put in jeopardy. @LeaderMcConnell should use every power to stop her nomination. https://t.co/VK91B1Y1ij

Just what we need is an eco-terrorist in charge of BLM. @SenateGOP https://t.co/X7ud0mNPRY

Make the Democrats live by their own standards.