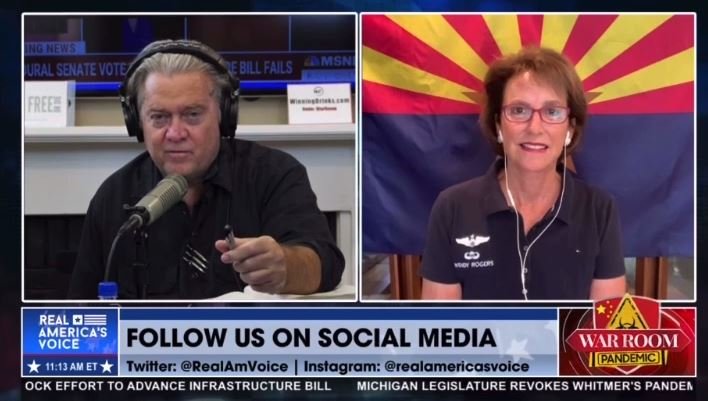 Arizona State Senator Wendy Rogers is leading the fight for decertification in Arizona.

Team Trump: “Based On Today’s Hearing, Why Even Wait to Decertify?”

There is a lot of noise out there. Here is the bottom line:

Arizona’s certification was clearly not accurate.

Retweet and tag your legislators

There is a lot of noise out there. Here is the bottom line:

Arizona’s certification was clearly not accurate.

Retweet and tag your legislators

At the July 15 Arizona Senate audit Hearing, The audit team made some shocking but not surprising announcements on their findings and requested action from Maricopa County.

The County responded by showing no interest in cooperating.

Maricopa County violated critical security procedures outlined in Arizona’s Elections Procedures Manual and they refuse to allow an investigation into the 2020 election.

It’s no wonder then that they refuse to deliver the routers, logs, and access keys.

Innocent people do not fight investigations so hard. Attorney General Brnovich should be leading the charge with indictments.

Wendy Rogers previously said that these public servants need to be held accountable “to include possibly sending them to jail.”

AZ State Sen. Wendy Rogers: “The Cover-Up Is Always Worse Than The Crime – We Have to Hold Maricopa County Accountable” (VIDEO)

If you want this audit completed, tell Attorney General Mark Brnovich to indict the Supervisors, NOW.