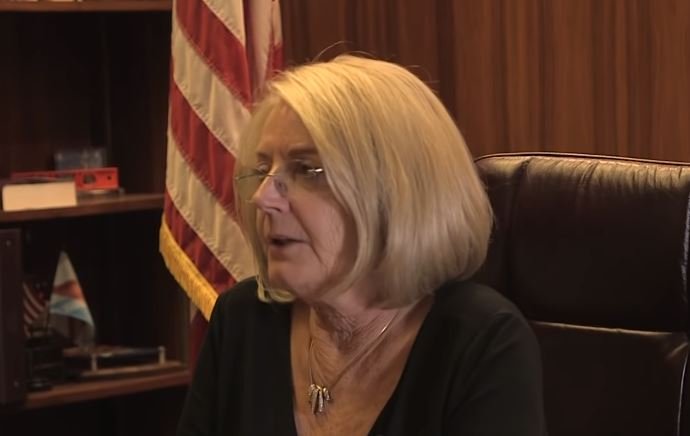 Fann said Friday she is “burned out” and wants to retire.  Fann told Western Journal that a third of her emails are incredibly vile hate. Apparently, her staff allows the abusive mail to get through. Fann explained how the hate is triggered and ramps up when the liberal media attacks her.

Karen Fann:  “It’s escalated.  A couple of months ago was the white envelope.  We tested it and it was an antihistamine that somebody had ground up into a powder.  So it was somebody obviously who was not serious about that.   Yes, but I notice that the more the media ramps this up it does stir up a certain segment of the population…  There was an email last week that said something about my family should die, or something like that.  So I just turn it all over to DPS.  Now, remember this is a nationwide, slash worldwide, thing. So some of these threats are not coming from Arizona people.  One came from California, some came from other areas and for some it’s really hard to track down.”

Obviously, Karen Fann is under enormous pressure. Her voice and body language suggest she just wants to be done with it all, and soon.

This was awkward.
Creepy Bill Gates gave a bizarre answer when confronted on his relationship with deceased pedophile Jeffrey Epstein.

“You had a number of meetings with